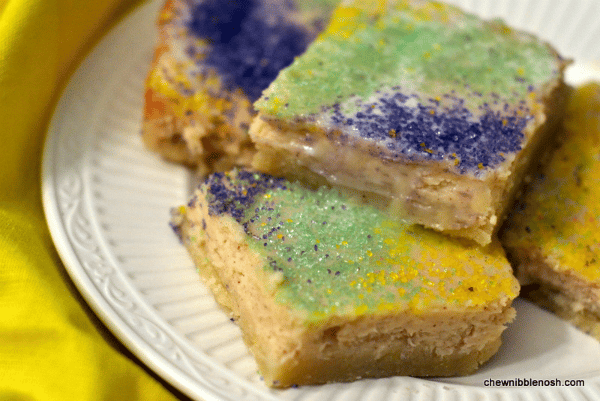 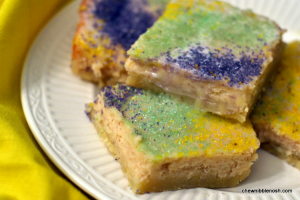 It’s that time of year again!  My friends in Louisiana are rolling out the floats, lining up their ladders and getting ready to celebrate Mardi Gras.  Next Tuesday is Mardi Gras Day, but the parades and festivities start long before that.  By Tuesday, however, the town will be packed from end to end with visitors from all over the world, who love to call New Orleans home for a few days every year and party like there’s no tomorrow.  Come Wednesday though, the streets are quiet, the celebrations cease, and the community turns towards the season of Lent.

This year, that didn’t happen.

Needless to say, my family was a little bummed.

In an attempt to make it up to them,  I decided to take measures into my own hands and try something new.  I decided to bake up a King Cake bar recipe that I’d run across a while back.  I didn’t have time to attempt an actual King Cake, but a bar cookie I could manage.

I started by making a quick crust in my stand mixer by mixing some flour, sugar, and butter together. 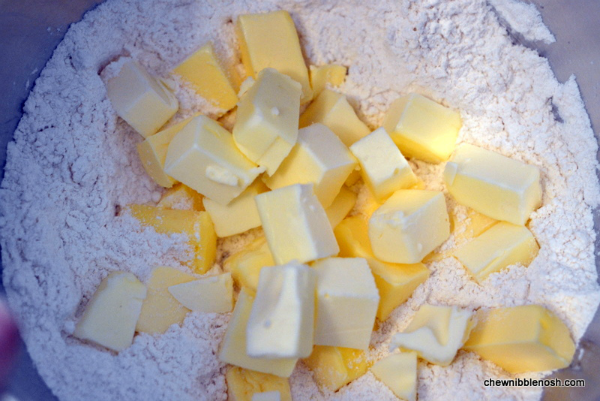 I added a little bit of milk to help bind it together, and then pressed it into a 9×13 inch baking dish.

Once the crust was set, I mixed some cream cheese, cinnamon, sugar, vanilla, and an egg, and once it was smooth, I spread it out over the buttery crust.  My favorite King Cakes are stuffed with cinnamon and cream cheese, so this seemed like the right way to go. 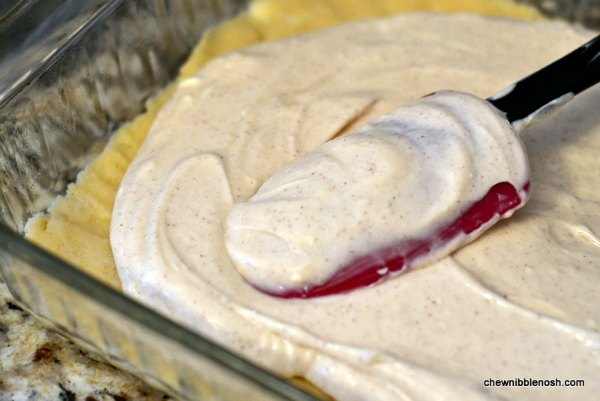 I put the pan in my oven to bake, and hoped for the best.

While the bars were baking, I stirred together a quick sugary icing.  Powdered sugar and milk, that’s all. King Cakes are traditionally topped with a powdered sugar based icing and brightly colored sugar.  The sugars are purple, green, and yellow, and represent the traditional Mardi Gras colors.  Purple stands for justice, green for faith, and gold for power. 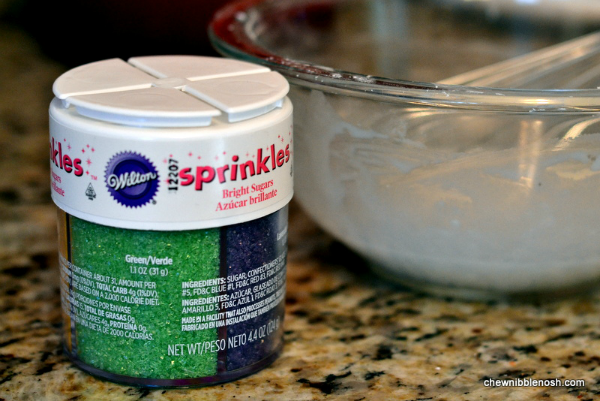 I’ve made these bars twice now, and one time, I added a 1/4 teaspoon of lemon extract to the icing.  The second time I didn’t, just to see the difference.  Both ways were very good.  My husband preferred the lemon, I preferred the plain.  You can do whatever feels right to you.

Once the bars came out of the oven, the crust was golden and the cheese mixture set, I quickly poured the icing over the warm bars, spread it from edge to edge, and then sprinkled my colored sugars over the top. 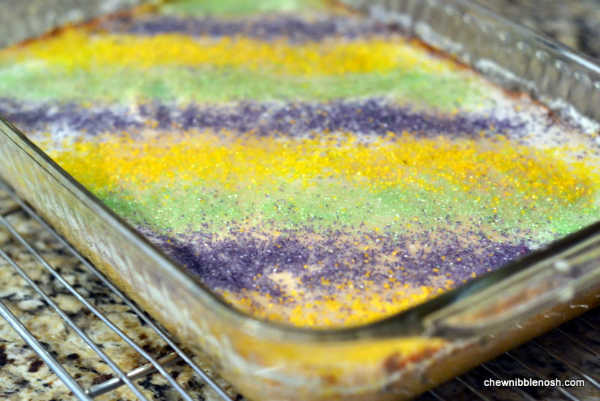 Then, I had to step away and let them cool.  The bars aren’t fully set until the pan is completely cool, so don’t try cutting into them early, or you’ll have a mess on your hands.

So, were they an exact, perfect replacement for a King Cake?  No, not really.  I mean, a cake is a cake, and a cookie is a cookie.  Did it taste like a King Cake?  It sure did.  The buttery crust topped with that spiced cream cheese mixture was delicious, and the crunch from the icing and sugars on top brought back Mardi Gras memories from days past.  My family really enjoyed them, and I think they helped cushion the “Oops, Mom forgot to order a King Cake” blues just a bit. 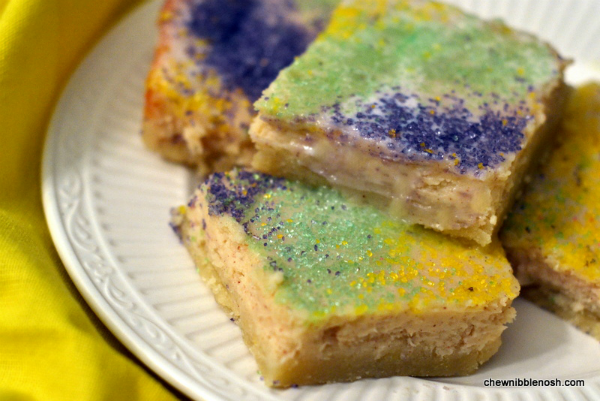 Adapted from The Runaway Spoon