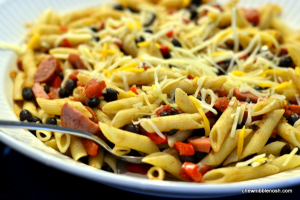 While I consider myself lucky to have kids that aren’t as picky as some other kids I know, my kids still have their own issues.  Emily is an adventurous eater.  She’ll try anything, and when she likes something, she really likes it.  For as long as I can remember, her favorite foods have been artichokes, feta cheese, beans, and capers.  (Despite my many attempts to convince the child that capers are a garnish or an add on, she doesn’t believe me.)  Not exactly what you hear most kids asking for at the dinner table, right? The problem lies in that she likes very specific flavors, and if the flavors we’re having for dinner don’t mesh with her taste buds, we get a lot of pouts and whines.

Avery, on the other hand, is a pretty typical kid when it comes to food.  The child could live on macaroni and cheese, chicken fingers, gallons of ketchup, and fruit.  There are a couple of veggies she’ll eat, but she’s pretty picky, and almost every night, she groans about something at the dinner table.  As the head chef in the family, and the one who cooks and writes about food for a living, it drives me a little bit batty.

We have a rule in our house that I make one thing for dinner, and if you don’t like it, don’t eat it…but I’m not making you another dinner.  I’m not a short order cook, and though my kids may have their picky issues, they’ve never gone hungry.  They’ll never learn to try new things if I just constantly shower them with artichokes, capers, and chicken nuggets (not together, of course.).

So, when I run into a dish like this, I smile.  Why?  Because I know that even though my kids will pick it apart to find what they like, they’ll eat SOMETHING.  I knew that Avery would eat the pasta, possibly some beans, and the sausage.  Emily would be all over everything BUT the sausage.  Aaron and I?  We’ll eat it all.  My goal for dinner this night was for it to be “GROAN FREE”. 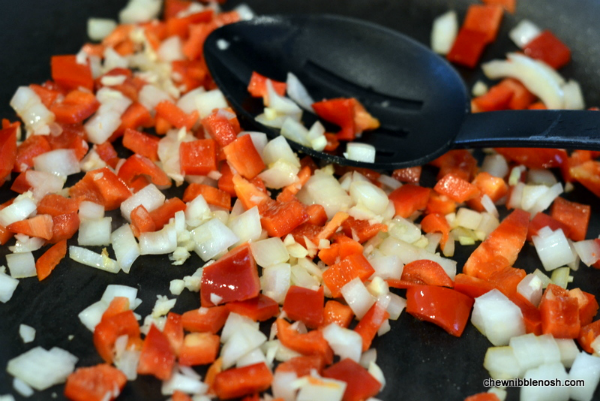 Once it had softened a bit, I added in some Cajun seasoning (I always use Tony Chachere’s), a can of drained black beans, a can of Rotel tomatoes, and some smoked turkey sausage that I’d sliced up.

I brought that mixture to a boil and let it simmer for about ten minutes. 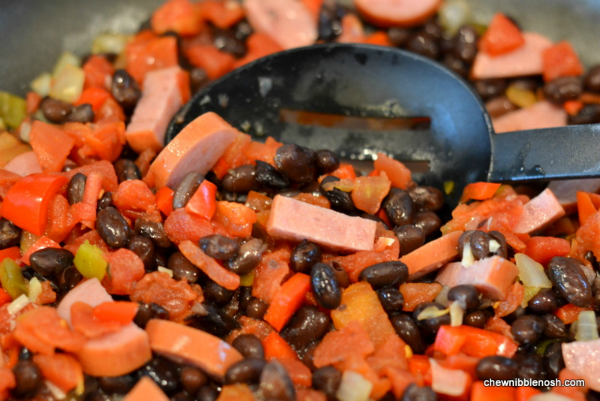 When the pasta was done, I drained it, and added it to a large bowl.  Then, I piled the sausage mixture on top, before tossing it all together. 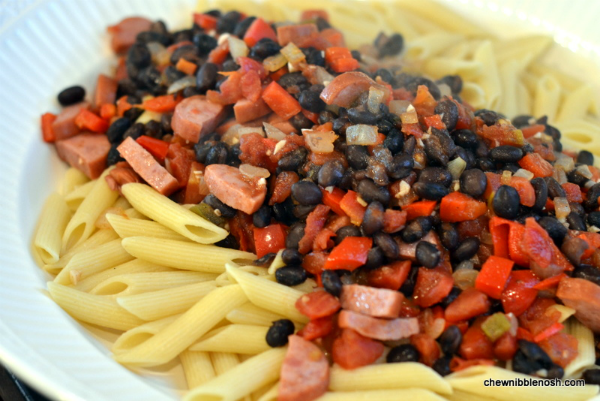 To finish it off, I just tossed it together and sprinkled the top with some reduced fat cheese.

Everyone ate something (Aaron and I ate everything) and moans and groans were kept to a minimum.  It’s really a tasty dish, deliciously healthy, and couldn’t be much simpler to throw together. Try it with your picky eaters.  You may be surprised!