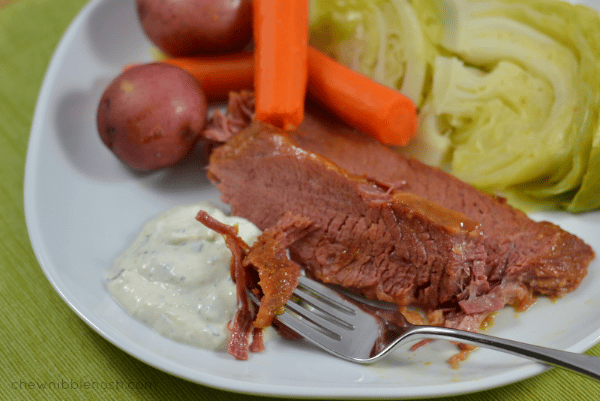 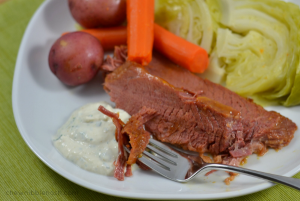 Every year at Saint Patrick’s Day, like a lot of you, I make corned beef and cabbage.  It’s a dinner we all really enjoy, and despite all of us enjoying it, I find myself only making it once a year.  I’m not exactly sure why, but that’s usually how it goes. And my family gets pretty excited when that once-a-year day rolls around! I’ve been making it for years, once a year, and after trying numerous variations on the old stand-by, I’ve decided that this version is my favorite…and the rest of my family agrees.

Corned Beef and cabbage is basically boiled meat and veg, which in and of itself honestly sounds pretty gross, but there’s something about a big ol’ hunk of boiled beef surrounded by tender cabbage, carrots, and potatoes, that is just really, really appealing.  This version is finished off with a tangy brown sugar and mustard glaze, and served alongside a creamy, zippy horseradish sour cream sauce.  Both additions add mere minutes to your prep time, but the end result is definitely worth it.  It bumps it up from homey comfort food, to homey comfort food with jazz hands.

To begin, place your corned beef brisket and the seasoning packet that comes with the brisket in a very large pot.  I use the biggest pot I have.  You need to make sure that you have enough room in the pot for the beef, water to cover, and eventually, all of the vegetables. 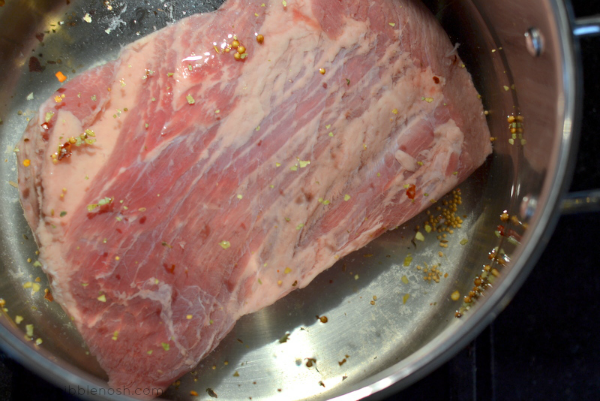 Add enough water to the pot to cover the beef, pop the lid on the pot, and bring the water to a boil.  Once it’s bubbling away, lower the heat and allow the meat to cook for 2 1/2 hours.

So, that gives you enough time to read a book and catch up on some Netflix, but save a few minutes to whip up the super simple, and totally worth it, Horseradish Sour Cream. 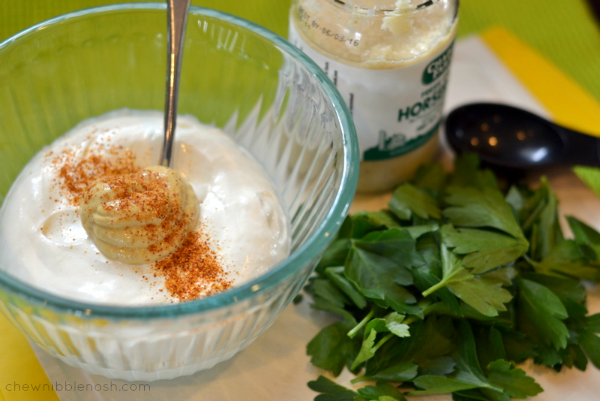 It’s simply a cup of sour cream, a few tablespoons of prepared horseradish, some Dijon mustard, a dash of cayenne, and some chopped parsley.  Stir that all up, pop it in the fridge, and it will be ready to go when you are.

With about 30 minutes left, prep your veggies.  I peeled and cut a few carrots into large chunks, washed some little red potatoes, and sliced a head of cabbage into wedges.  Make sure you don’t core the cabbage.  That core is what holds the wedges together as the veggies cook. 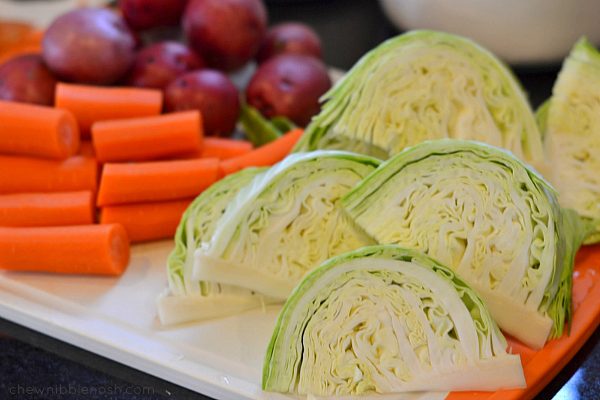 While the veggies are cooking, get your glaze together on the stove top.  It’s simply some brown sugar, apple cider vinegar, yellow mustard, garlic powder and onion powder. 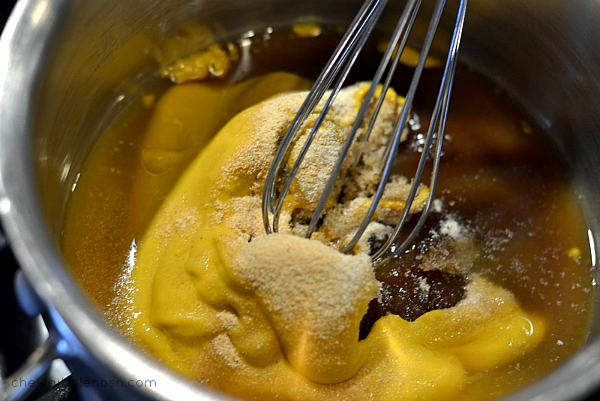 Whisk together the glaze over medium heat in a small saucepan.  Continue stirring, and cooking, and let the mixture simmer for about five minutes.

With just a few minutes remaining for the veggies, remove the corned beef from the pot, and slice off any large fat chunks that are still remaining.  Place the brisket in a baking dish, and pour the glaze over the top.

Then, it’s just a matter of popping it in the oven for a few minutes to set the glaze.  I usually let it bake for a bit at 375*, then I turn the broiler on to finish it off for a couple of minutes.

Slice up the corned beef, spoon the veggies all around, and serve with a dollop (or two) of that awesome sauce, and you have a meal fit for all the leprechauns your house can hold. 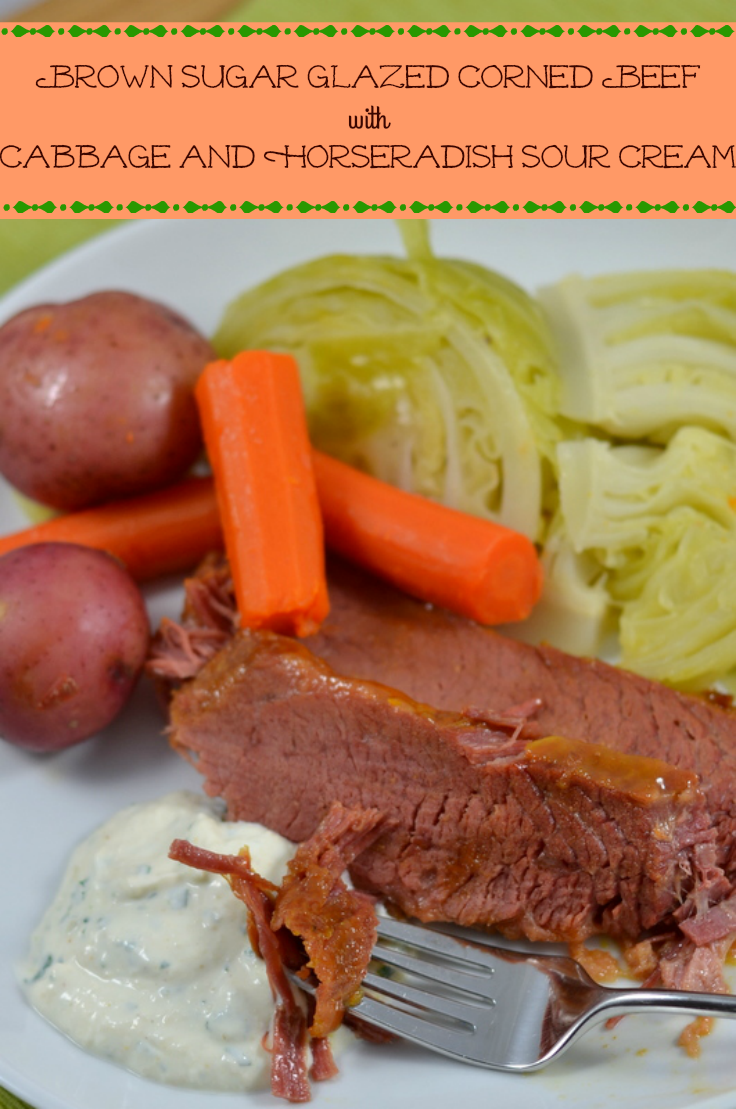 This is one of our favorites! We make it every St. Patrick’s day, at least.