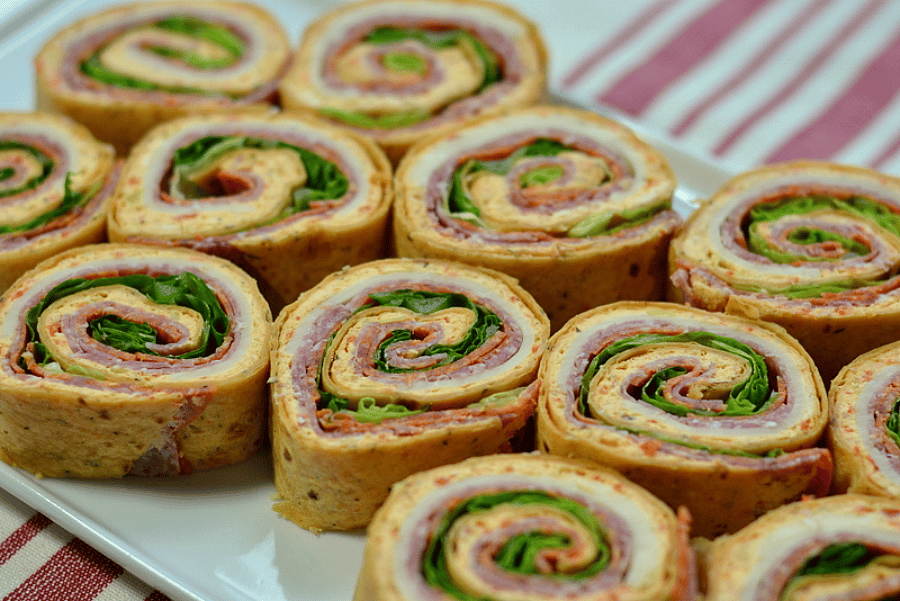 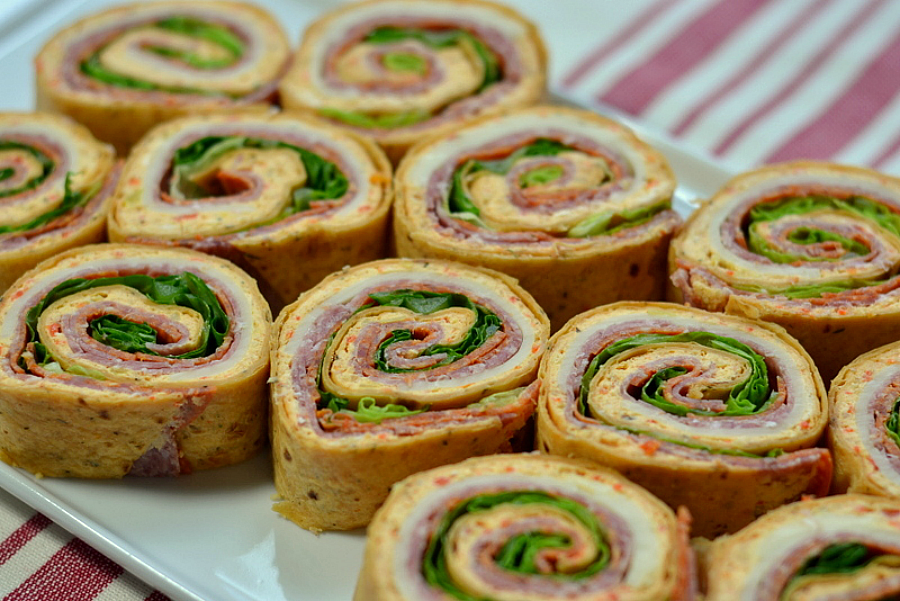 Remember that outdoor concert I went to?  The one I where I brought those sweet little blueberry cheesecakes?  Well, I brought these fabulous little pinwheels there too.  My friend Lynda was generous enough to share the recipe with me after we enjoyed them immensely at our Indy 500 picnic back in May, and I’ve been looking for a reason to make them ever since.  Thankfully, this concert popped up, and it was the perfect reason to break out Lynda’s recipe.

These little sandwiches are delicious, and filled with so much flavor in each bite.  There’s a zesty peppered cream cheese spread on the tortilla, and then Italian meats and cheeses layered in, along with crunchy Romaine.  They slice up into beautiful, portable little roll-ups and will be a hit at your next gathering.  Or, what a great addition to your kid’s lunchbox!  My girls are back in school now (Did you hear the angels sing?) and I’m always looking for exciting ways to easily brighten up their lunch boxes. 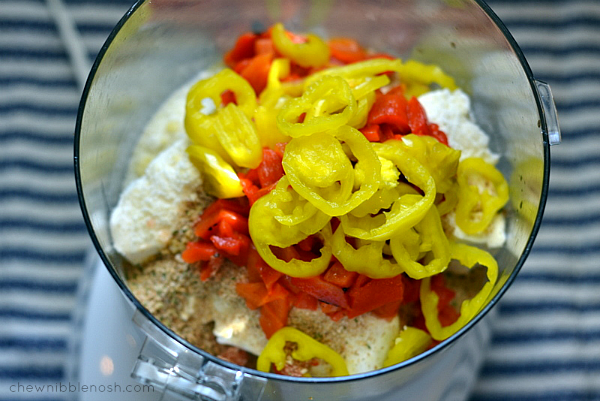 I gave it a good whirl until the cheeses and peppers were combined well.  Then, I got to work on building my wraps.

First, I spread a layer of the cream cheese mixture over a large tortilla. 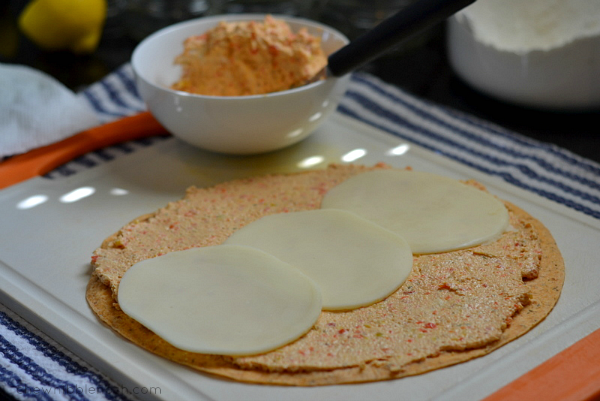 Then, I laid out three slices of Provolone cheese over the center of the tortilla.

I covered all of that with some Genoa salami and pepperoni… 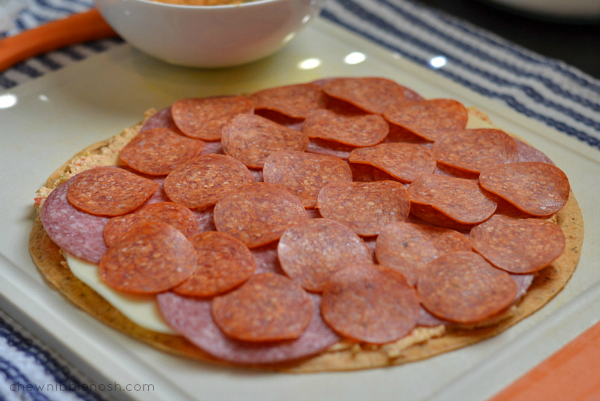 covered the meat with some fresh, crunchy Romaine… 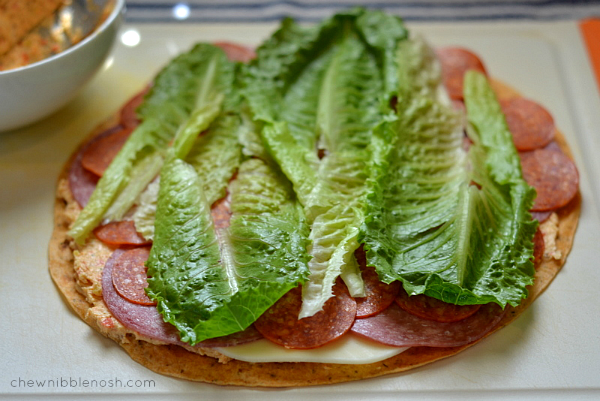 and then rolled up the wrap as tightly as I could, holding in all of the fillings as I rolled. (Make sure as you roll that you’re rolling so that there’s Provolone in every pinwheel, and not just in the middle section!) 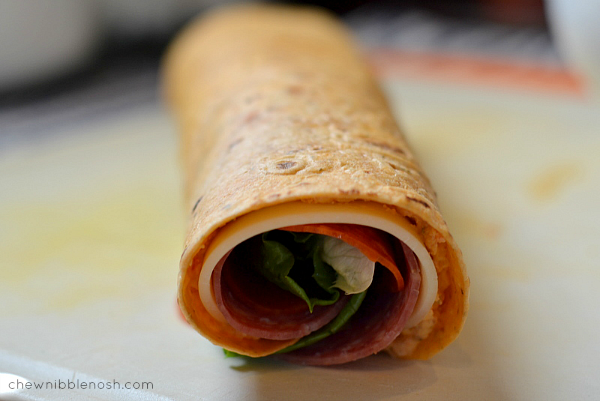 I continued with two other large tortillas and the rest of the fillings, and then wrapped each roll tightly in plastic wrap and popped them into the fridge to set up for a bit.  They need to chill for at least an hour.

Before we left for the concert, I sliced each roll up into perfectly beautiful pinwheels.  I packed them into a container and popped them into our cooler, alongside the cheesecakes, for a beautiful summer night with friends and fireflies, under the stars. 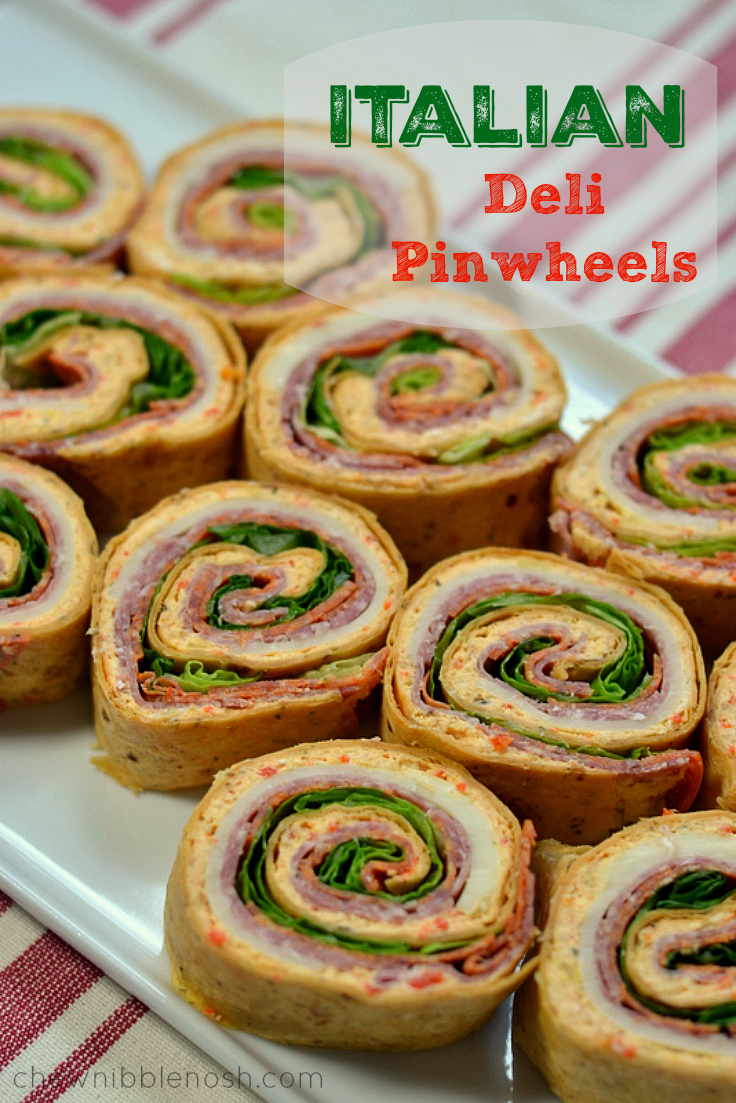 tried this. Was a big hit. Everyone loved how cute the pinwheels looked. I stuck tine Italian flags in each one for decoration. I also added
Mortidella and proscuto. For the cheeses, I used provolone and sharp white cheddar instead of parmesan because some here do not like it.