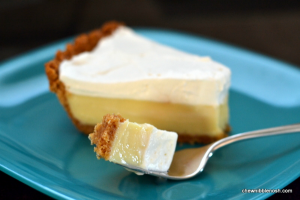 If you like Key Lime Pie, you need to try this.  I am a huge Key Lime Pie fan in the summertime.  I find that it’s just the perfect dessert when the weather is balmy.  It’s tart, cool, and creamy, but still feels light and summery.  I love it.  This lemon pie, however, may have knocked Key Lime pie out of the running this summer for favorite dessert.

It’s very similar to a KL pie in preparation, and some may argue, in taste, but the lemon flavor is just a little more subtle than the lime.  It’s not quite as tart, and therefore, the pie is just that much smoother, cooler and a little more comforting. Because the punch from the tart isn’t as intense, you can really appreciate the buttery crust and the cool, whipped cream.  It just works together so well.

I started by making a simple graham cracker crust.  I ground up some graham crackers in my food processor, and then added some melted butter and sugar.  They went for a whirl in the Cuisinart, and then I pressed the mixture into a 9-inch pie plate. 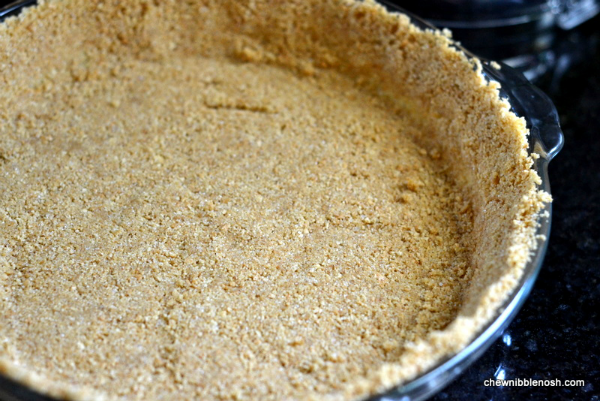 The crust baked on its own for about fifteen minutes, just long enough for it to meld all of the ingredients together to create the perfect vessel for the yummy lemon filling.

The crust needed to cool a bit, so while it was cooling, I whipped together my filling.  To start, I needed to juice some lemons.  Do yourself a favor and use real, honest to goodness lemons.  I know that it’s easier to just grab that little plastic squeezy lemon thing at the grocery store, but when you’re making a pie like this, where lemon is the star, you really should use the real thing. 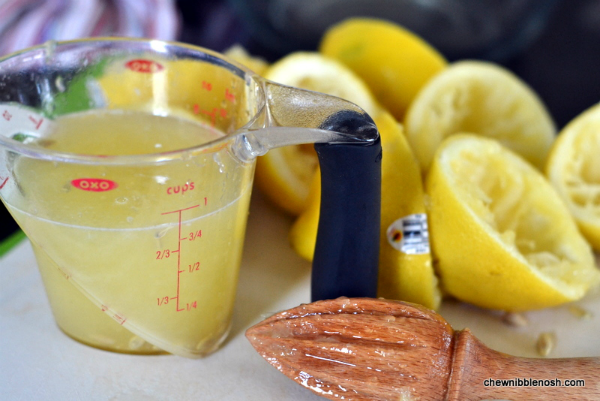 Four large lemons gave me a little more than 3/4 cup of juice…which, thankfully, was exactly how much I needed.

I mixed the lemon juice with some egg yolks and a couple of cans of sweetened condensed milk, poured the creamy mixture into my pie crust, and baked it for about ten more minutes.  This gave the filling just enough time to set up beautifully. 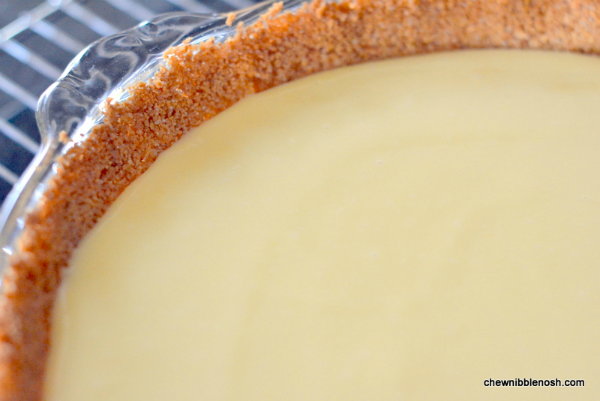 I let it cool on a wire rack for an hour, and then moved the pie to the fridge to chill.  It needs to chill for at least three hours, but you can make it the day before you need to serve it and just chill it longer, as well.

When I was ready to serve the pie, I made the whipped cream topping.  I beat together some heavy whipping cream, pure vanilla extract and just a little bit of the sweetened condensed milk that I’d set aside.  Once it was stiff, I spread it over the top of my pie. 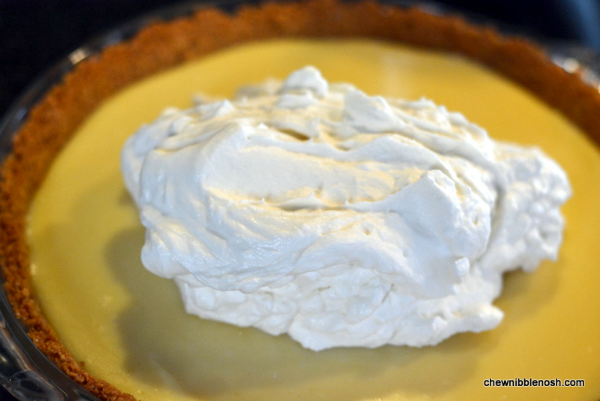 When I served the pie up to my family, everything went silent, except for an occasional “Mmmmm.”  Everyone was too enamored with their slice to chat about it!  We all agreed, after we’d finished and could talk again, that it was a delicious way to end a summer meal.

When life hands you lemons, bake up a pie! 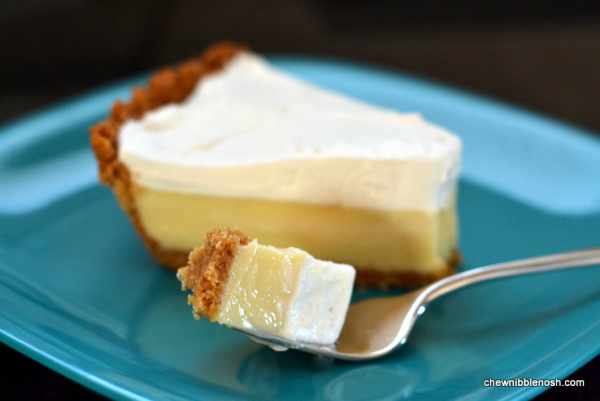