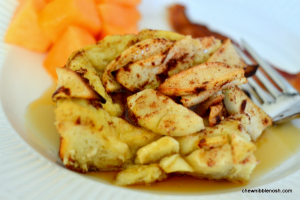 I don’t know who came up with the overnight French toast idea, but I need to shake their hand.  It really is the best thing for a busy morning with extra guests around the breakfast table!  We were lucky enough to get to spend some time with our friend, Chris, and his beautiful daughter, Natalie, a couple of Saturdays ago as they passed through town. Having this (mostly) prepped the night before and ready to pop in the oven sure did make that visit more enjoyable.

Friday night, I sliced up a crusty French baguette into inch-thick slices. 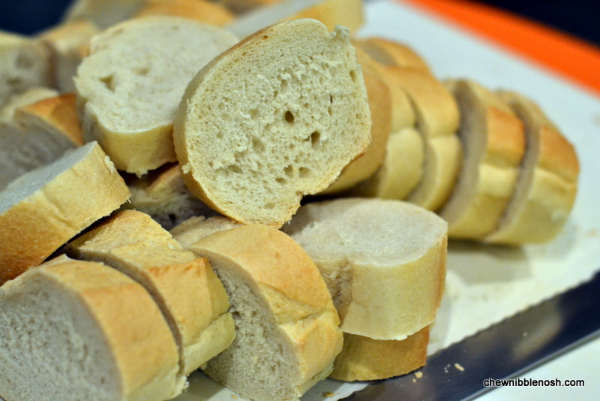 I buttered my 9×13 inch baking dish and filled the dish with the bread slices.  I laid them out, side by side, and then tore off pieces to stick in the small spots and holes.  I made sure my pan was as filled as it could get with the bread layer.

Then, I beat together some eggs, milk, sugar, cinnamon, vanilla and salt. 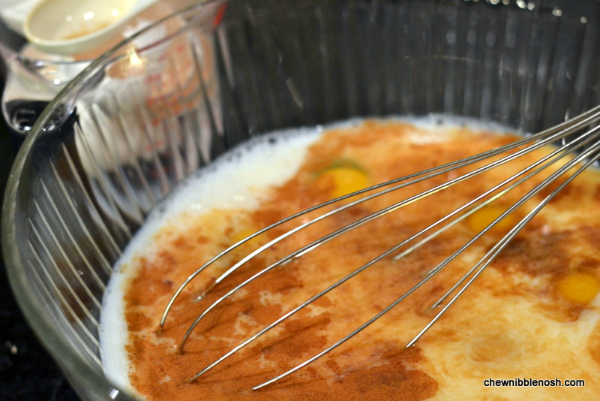 When the mixture was nice and frothy, I poured it over my bread in the pan. 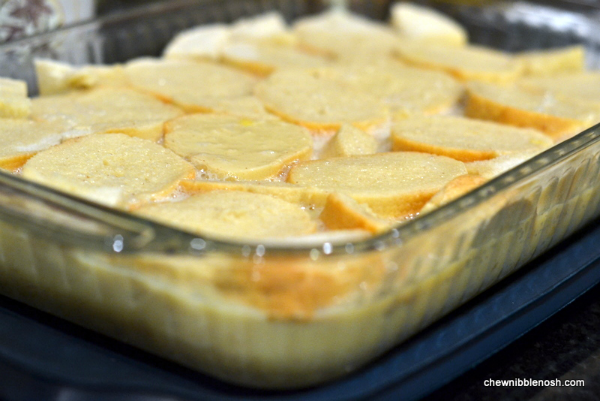 Then, I covered the pan and popped it into the fridge to hang out for the night.

The next morning, as my oven was preheating, I mixed together my apple topping.  Into a large bowl went six Granny Smith apples that I’d peeled and sliced up thinly, some lemon juice, sugar, cinnamon, a dab of maple syrup, some melted butter, and just a pinch of salt. 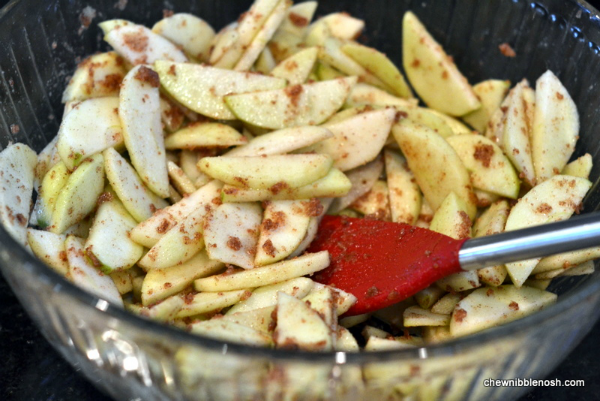 I spread the apple topping evenly over the egg soaked bread, and then, it was ready to pop into the oven. 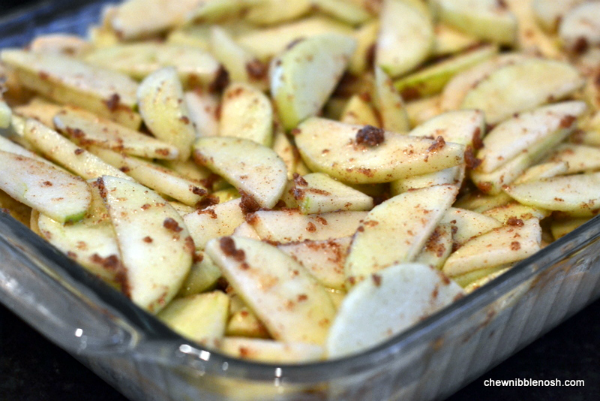 The French Toast baked for about fifty minutes.  I checked it after forty, but the egg in the middle still hadn’t set.  If you check the French toast and it’s still really jiggly in the middle, give it a few more minutes.  At this point, too, it was HUGELY puffy, and some of the apples had even popped off of the top as it puffed and were now sizzling on the bottom of my oven.  To remedy this, I’d recommend placing a sheet of aluminum foil on the oven rack under your pan, so that the apples don’t end up burning onto your oven.

I also laid a sheet of aluminum foil over the apples during the last few minutes of cooking, just so they wouldn’t scorch.

Once the bake seemed just about set, I removed the pan from the oven and let it sit for about ten minutes before I cut into it.  Letting the dish be for a few minutes makes it much easier to slice, as everything settles down into place. 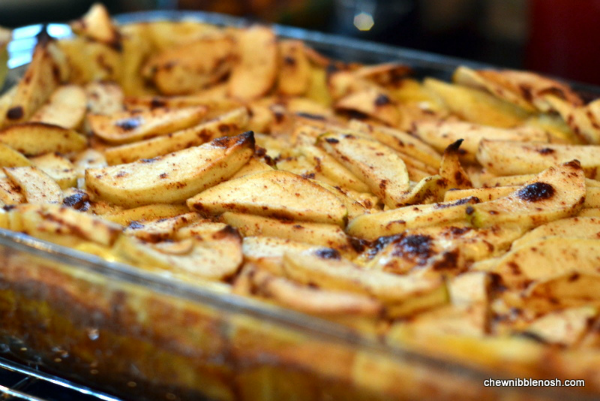 When it was time to eat, I sliced the French toast up, drizzled it with maple syrup and served it alongside fresh fruit and bacon.  The apples had softened, and caramelized just a bit, and the french toast itself had set up beautifully.  It was delicious, and a perfect way to welcome our friends into our new home.  Plus, since it was pretty hands off, I could actually spend time with them because I wasn’t bustling around the kitchen. 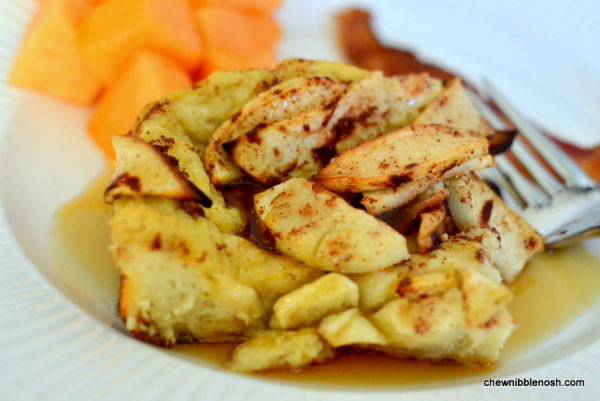 For the third year in a row my son has requested overnight apple French toast. We’ve had to work out oven use but you can guess what I’m making. It’s tradition. One thing I did last year was peel and slice the apples the night before and put the slices is apple cider. They didn’t turn ugly and it saved me lots of time.