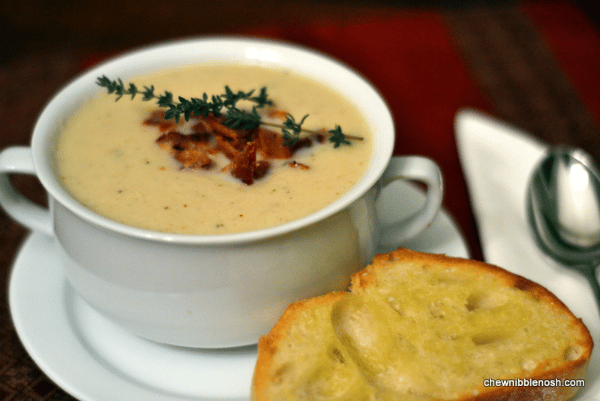 I have a lot of friends who think it’s pretty funny that I’ve held down more odd jobs than I can count.  You name it, and I probably dabbled in it at one point in my life.  When I was in high school, I worked in a local bakery.  Besides the amazing cakes, breads, pastries and desserts we whipped up, we had a pretty mean lunch menu.  That bakery was where I was first introduced to cauliflower soup.  Up until that point in my life, cauliflower was just…cauliflower.  Nothing spectacular.  It was usually the last to go on a veggie tray and we had it with dinner a lot, but it was just cauliflower.

The soup at the bakery was insanely good.  It was actually a Cream of Cauliflower soup, so it was very rich, very creamy, very cheesy, and I’m sure that if I looked at the calorie count, very fattening.

I’ve been looking for a great cauliflower soup recipe ever since then, but wanted one that still had a ton of flavor, and a few less calories.  I finally tried one that is not only worth sharing with you, it’s also worth making again and again.  Is it diet soup?  Not really, but it’s not super creamy rich, so it’s a better-for-you alternative.

I started by tossing some cauliflower that I’d chopped up with some olive oil, salt and pepper.  The cauliflower went into the oven for about 20 minutes to roast. 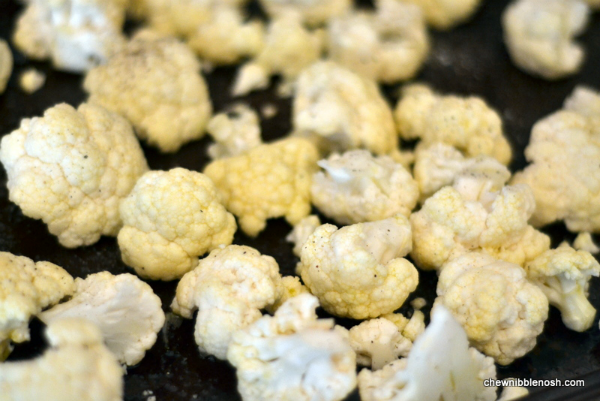 As the cauliflower was roasting, I threw a few strips of center cut bacon in a pan on the stove. 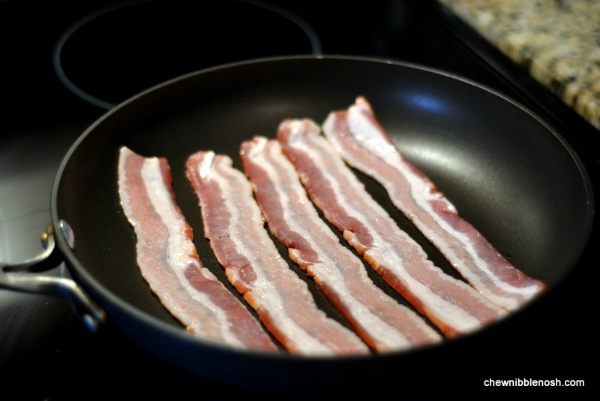 Center cut bacon is cut closer to the bone, so there’s less fat than with standard bacon strips.  I love bacon, but as we all know, your waistline does not.  Whenever I use bacon in a recipe, you can usually assume it’s going to be center-cut.  It makes me feel a little better about the splurge.

The bacon was actually a garnish for the soup, but the five strips I used left behind just enough bacon grease to cook down some onion, garlic, and thyme in.  You could use olive oil here, instead of bacon grease, but if you’re going to use the bacon in the soup, you might as well use the itty bit of grease it leaves behind.  Center cut bacon produces a lot less grease than standard bacon.  Personally, I feel that bacon grease has so much flavor, so I’m all over it for something like this.  If you’re going for a vegetarian option, though, feel free to skip the bacon and use olive oil. 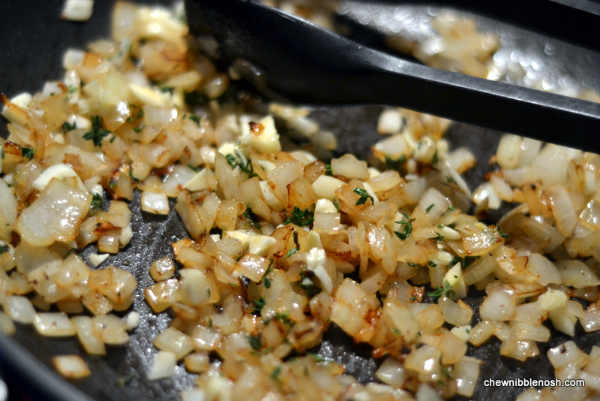 Once the onion, garlic, and thyme are softened they went into a large saucepan.

The cauliflower was finished by now, and had started to toast up nicely in the oven. 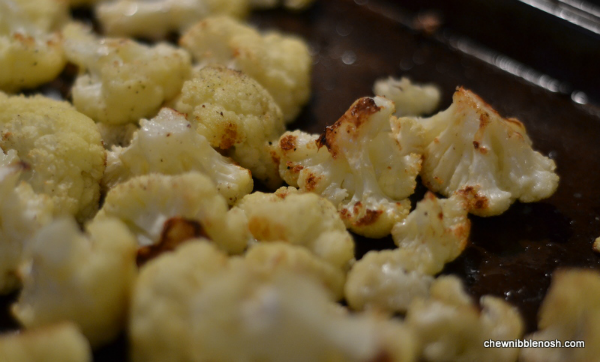 The roasted cauliflower went into the pan with the onions.  I added some chicken broth (feel free to substitute vegetable broth), brought it to a boil, reduced the heat and let it simmer for 20 minutes.

After 20 minutes, I used my immersion blender and pureed the cauliflower soup mixture.

It was rich and velvety, and smelled so good, but it wasn’t done yet.

I shredded up about a cup of sharp aged white cheddar cheese, and stirred it in.

Once the cheese had melted, I removed the soup from the heat and stirred in a cup of 2% milk.  If you want to go whole hog on this, feel free to use heavy cream.  I was trying to keep it creamy, but not over the top, so I went with 2%.

Before I served it up, I sliced up some crusty bread, brushed the slices with some olive oil and sprinkled them with a bit of kosher salt. 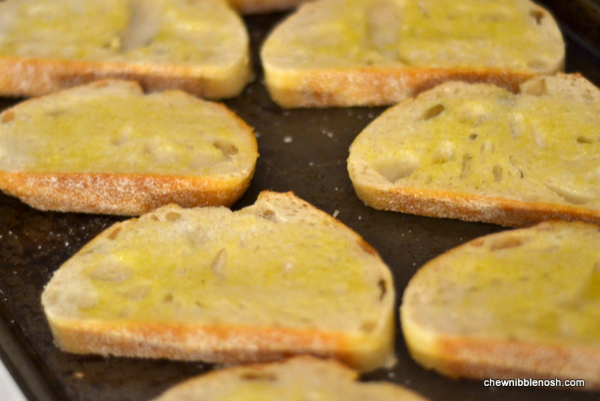 I put the bread in a 400* oven for just a few minutes to toast up a bit.  These would make perfect dippers for my soup.  As I served it up, I sprinkled each bowl with some of the crisped bacon.

When we sat down to dinner, EVERYONE was happy.  Including Avery!  I told her it was “cheese soup” to get her to try it.  Then, after she’d eaten most of her bowl, we let her in on the cauliflower factor.  She was surprised, but it didn’t sway her!  She kept eating!

The soup was deliciously velvety and smooth, with the roasted cauliflower, onions and garlic shining through.  There was a bit of bite from the cheese, but it wasn’t overpowering at all.  It was just enough.  This may be my new favorite fall soup!

I think my old bakery boss would be proud. 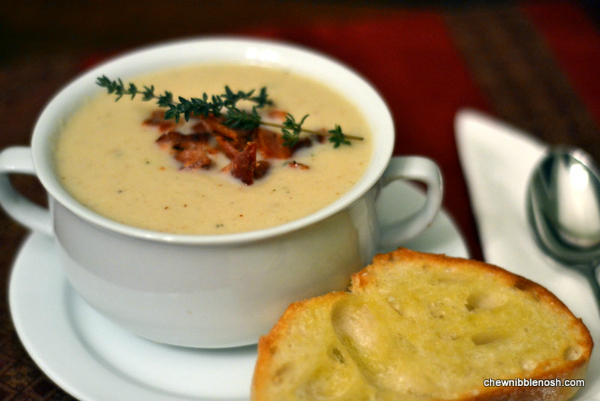