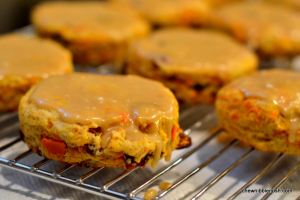 I know that Thanksgiving dinner is a massive meal, and we don’t want to fill up too early, but you’ve still got to have something with your morning coffee, right?

These buttery, fall speckled little scones are the perfect way to start your holiday, and they can be made ahead or a lot of the prep can be done the night before, saving you some time in the morning.

To begin, I peeled and diced up two medium-sized sweet potatoes. 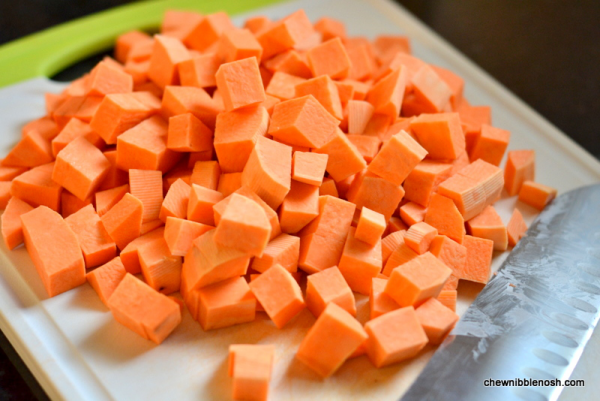 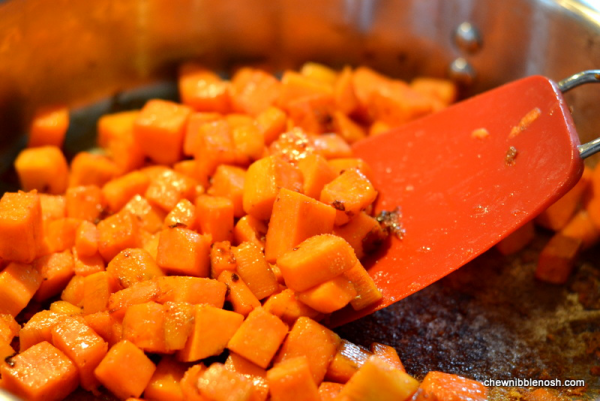 Once the sweet potato was done, I scooped the cooked potato into a bowl and mashed it, and then put the mashed sweets into the refrigerator to chill.  (You could do this the night before, and leave the potato to chill overnight, or just let the potato cool completely before continuing.)

When it was time to bake up the scones, I combined some chilled butter with some flour, baking powder, cinnamon, allspice, and nutmeg in my food processor, until the mixture was coarse crumbs with pea sized bits of butter.  Then, I transferred it to a bowl and mixed in the sweet potato, dried cranberries, and cream. 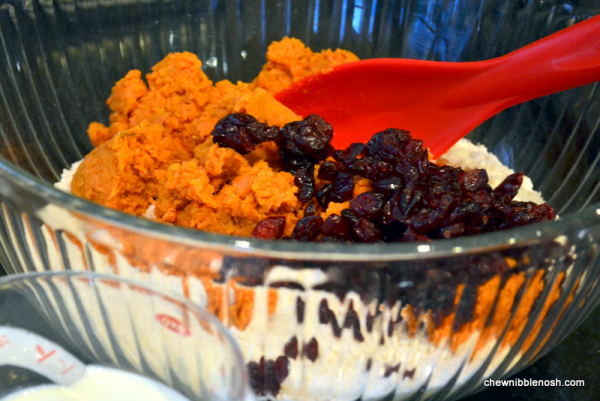 When the dough was combined, I dumped it out on my floured mat, and kneaded the mixture a few times until it came together in a ball.  You don’t want to overmix the dough, because you want those pockets of chilled butter in there, so the scone bakes up beautifully fluffy and light.  When the dough came together, I pressed it out into a square that was a little over an inch thick, before cutting it into rounds. 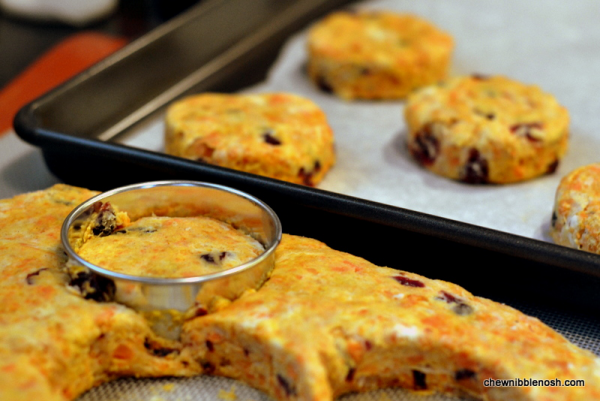 You could press the dough into a circle and cut it into wedges, but those would be huge scones, and I was looking for something a little more manageable.  When all was said and done, I had a little more than a dozen scones ready to pop in the oven.

After a little time in the oven, I had some seriously amazing little treats on my hands. 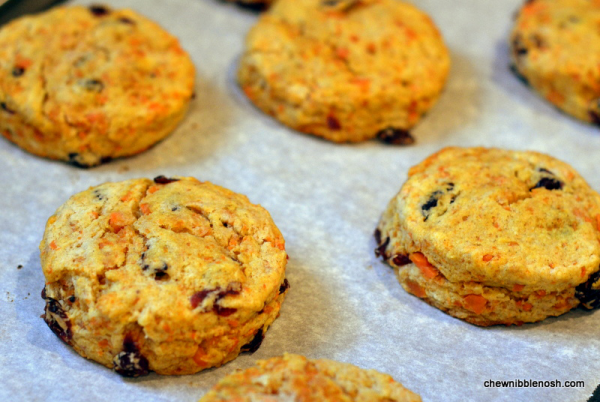 They weren’t done yet, though!

After letting them cool for a bit, I whipped together a quick and easy, but delicious, brown sugar glaze for the tops.  I melted together some butter, brown sugar, and a bit of cream in a pan on the stove top ,and then whisked in some sifted powdered sugar until the mixture was nice and smooth.

When it was cool, I spread a little of the glaze over the tops of my cranberry specked friends, and let it drizzle down the sides. Before we could dive in, I let them sit for a few more minutes (this was tough), so the glaze could set up.

The scones are so tender, flaky in just the right way, and delicious.  Nice and buttery, with the savory-sweet potato, tang from the berries, and all of the spices we love about fall.  They’re a little something different, and a wonderful way to start a day filled with family, friends, and fun. 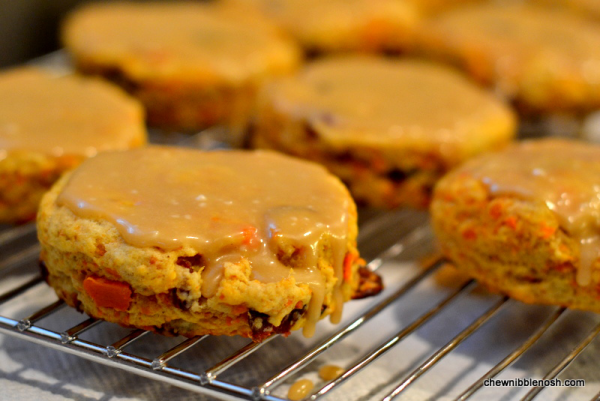 Sweet Potato and Cranberry Scones with Brown Sugar Icing
Recipe Type: Baked Good
Cuisine: Holiday
Author: Adapted from Yahoo Food
Prep time: 30 mins
Cook time: 20 mins
Total time: 50 mins
Serves: 12
**These scones can be made up to two days ahead and stored in an airtight container at room temperature.
Ingredients
Instructions
For the Scones:
For the Glaze:
To assemble:
3.2.2807