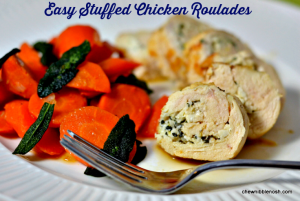 A couple of weeks ago, as I was trying to jam yet another something into my already full freezer,  I realized that said full freezer was borderline ridiculous.  I had frozen half pounds of ground beef, turkey, sausage, and chicken coming out my ears, two small pork roasts that I’d trimmed off of larger roasts from other meals, a pot roast, frozen leftovers that I’d saved for a rainy day (Apparently, snow doesn’t count, so we hadn’t touched them.) and that huge bag of chicken breasts that I always keep on hand from Costco.  And that’s just the meat department!  There were frozen veggies, sauces, breads, appetizers, pizzas, and some mystery items thrown in there too.

So there I was, just about to put my grocery list together for the upcoming week, with a fridge, freezer, and pantry FULL of perfectly decent food.  First world problems, eh?   I was embarrassed, and upset with myself.  I felt so incredibly wasteful. No more!  I put my pen and paper aside and swore to live off the land…er, appliances, for the week, and eat what we already had.

That week I bought milk, yogurt, and some fruit at the grocery store.  That’s it.  It was glorious.

This is one of the meals I made that week.  It was so simple, and so tasty, that I made it again for dinner last night.  It will definitely be in our dinner rotation from now on.  Everything in the recipe was stuff I already had on hand, but even if I didn’t have exactly THIS recipe, I could have easily switched out the feta for another cheese, and just changed the stuffing up a bit.  The possibilities are endless.  Plus, you can make these little rolls up way ahead of time, and just keep them in the fridge until it’s time to cook them up.

I started by making my filling.  I combined some crumbled Feta cheese with some minced garlic, Italian seasoning, and lemon zest. 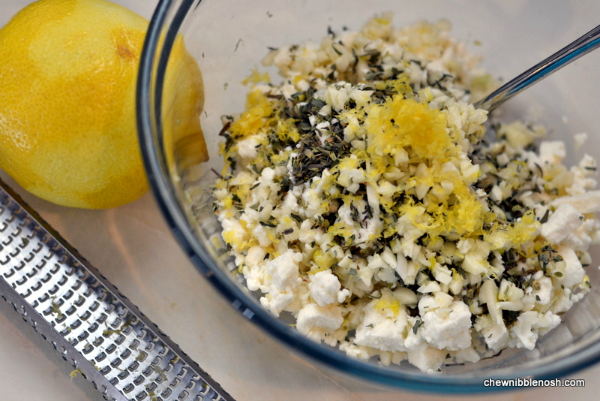 Then, I pounded out a few of those chicken breasts that came from the freezer until they were nice and thin, between 1/8th and 1/4th an inch thick.  I brushed them with some olive oil, and seasoned them with salt and pepper.

I sprinkled some of the cheese mixture over the chicken breast, making sure that the filling didn’t get too close to the edges. 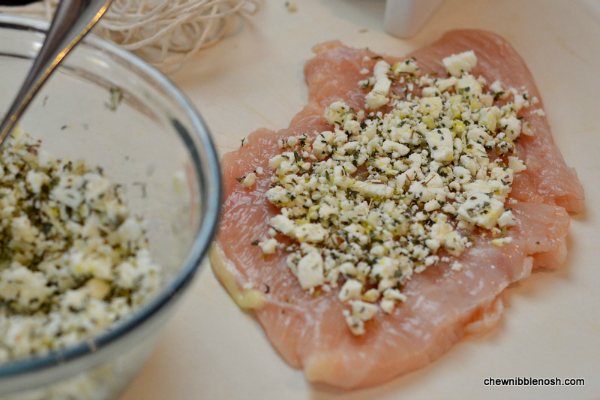 Starting at the narrow end, I began rolling up the chicken breast, making sure all of the filling was tucked inside.  Then, I tied the roll up with some kitchen twine in three spots. 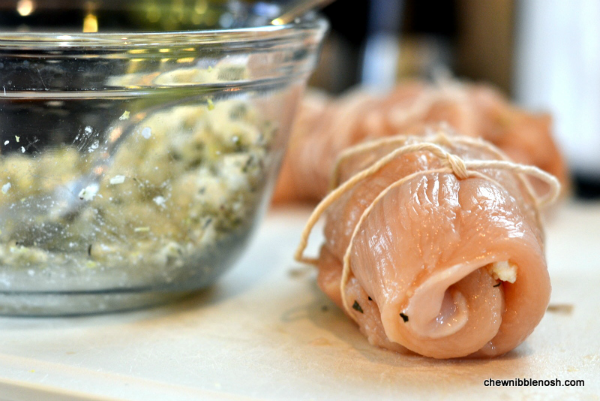 I repeated this with each chicken breast, and then moved them to a dish, covered them up and let them hang out in the fridge until after I was done playing Mom taxi for the night.

When I came home, all I needed to do was brown them up on the stove top on all sides in a little bit of olive oil. 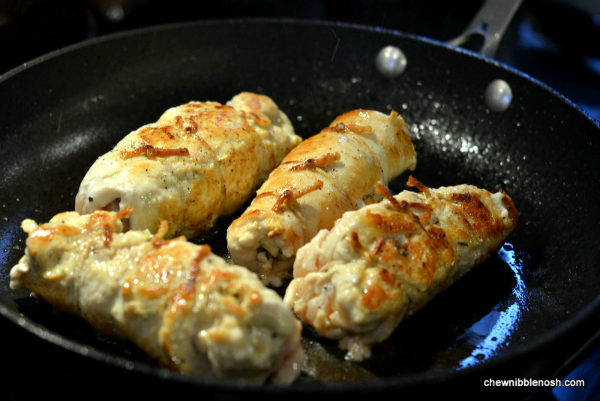 Once they were browned nicely, I moved them to a baking dish and popped them in the oven to finish cooking for about seven minutes.  As they cooked in the oven, I deglazed the pan with some chicken broth, white wine, and lemon juice.  I let that mixture reduce down a bit, and I had a flavorful sauce to spoon over my roulades once they were done.

Serving them up is as simple as snipping, and removing the twine, slicing them into beautiful rounds, and drizzling them with that pan sauce.

This certainly doesn’t look like a “thrown together pantry meal”, but that’s exactly what it is.  I had everything on hand to make a delicious, healthy, home cooked meal for my family, and now my freezer (and my conscience) can breathe a little bit. 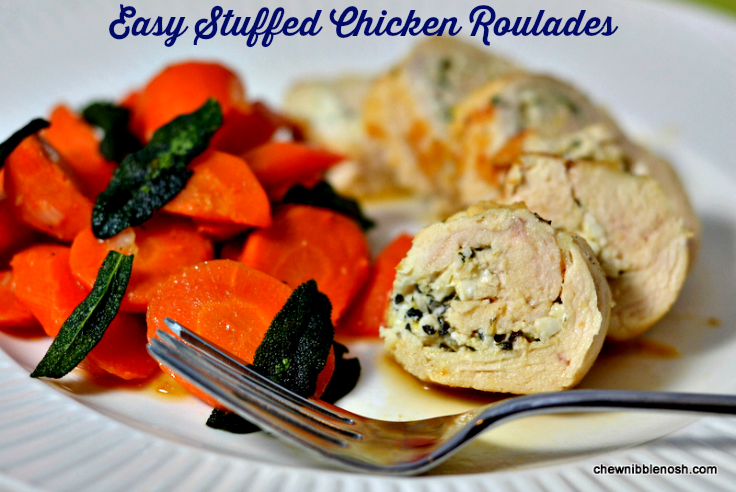