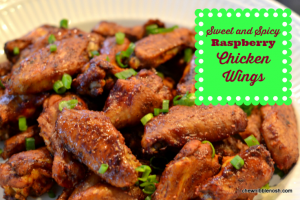 March Madness kicks into gear this week, and it’s extra exciting around here because my hometown of Indianapolis is home to this year’s Final Four!  When many people think of Indiana, basketball comes to mind.  (Well, that and corn, if we’re being honest.)  But, basketball is a way of life for Hoosiers across the state, and nothing gets this place pumped up like a few weeks of nail-biter games which culminate in a giant party in our hometown.

I started by making that incredible raspberry glaze.  In a medium-sized saucepan, I sautéed some onions and garlic in a bit of oil.  Once they were tender, I stirred in a heap of fresh, juicy raspberries, some brown sugar, molasses, apple cider vinegar, Worcestershire sauce, ketchup, mustard, and Tabasco. 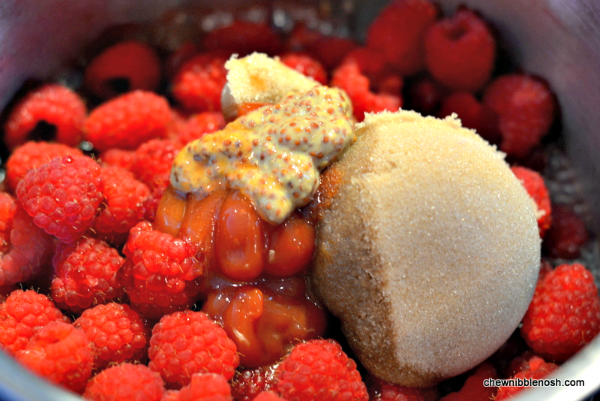 There’s a lot going on in this sauce, and it works together perfectly.

I cooked the mixture on the stove-top for about ten minutes, until the sauce was slightly thickened and the raspberries were starting to break down.  At that point, I transferred the mixture to my blender and pureed it into this beautiful, raspberry red sauce. 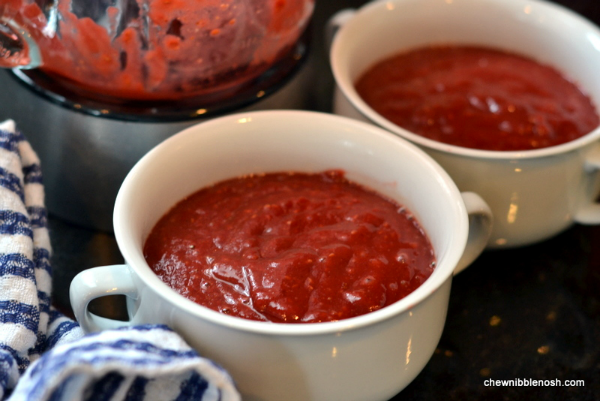 The recipe makes enough for two portions.  One, for glazing, and one for dipping.  Make the sauce up ahead of time and let it cool to room temperature, so it gives the flavors some time to mingle.

This sauce is mind-blowingly good.  In fact, when we fire up our grill for the first time this season, I may just have to adapt this recipe for larger chicken pieces, salmon, or pork, and use it for dinner.  It’s just so good!

When I was ready to cook up my wings, I tossed them in a large bowl with some chili powder and kosher salt until they were well coated. 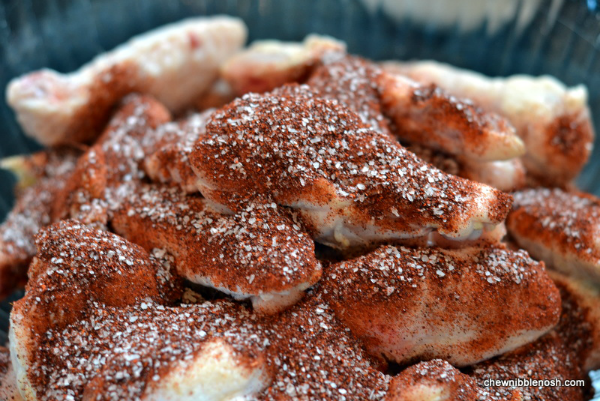 I lined them up on a baking sheet that I’d lined with foil and sprayed with nonstick spray, and they went into the oven for about thirty-five minutes.  I turned them mid way through to make sure they were browned evenly.

They smelled so good, we probably could have stopped right there and been happy, but once they were cooked through, I brushed them with that amazing sauce, and popped them back in for a few minutes, before turning them over,  basting them again, and giving them a couple of minutes more. 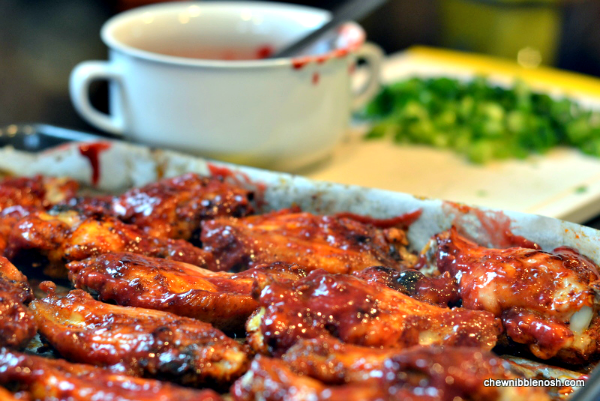 I served the wings alongside the extra sauce that I’d set aside, and my friends absolutely loved them.  Next time, I think I’ll even put some traditional blue cheese dressing on the side as an option too.  I think the sweet spice from the wings would really work well with the tang of the blue cheese.

May the best team win! (MSU! MSU!) And may your bellies be full and content, even if your team doesn’t look so hot. 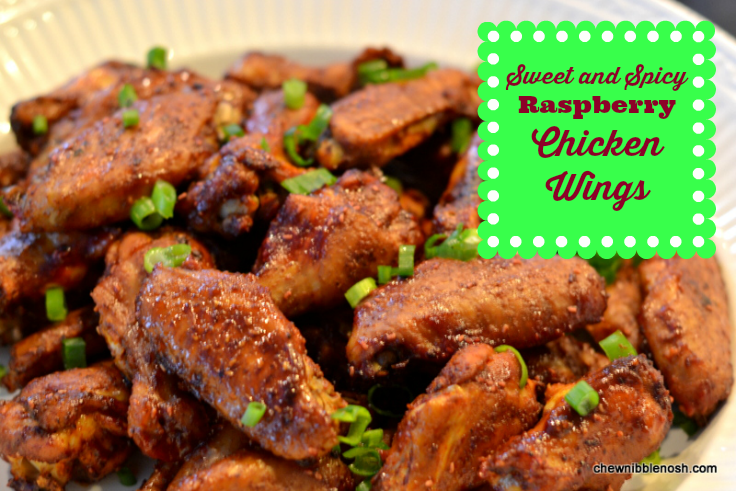